Most of us are just trying to find our fair share of the American dream, but it seems to be getting harder and harder.  Too many of us live paycheck to paycheck and never have a chance to truly rise up and dream… Twice in the last century, our country has been bloodied but unbowed by financial conditions well beyond the control of the average citizen. 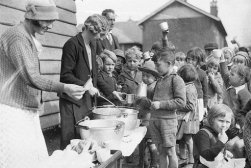 The first of these two calamities began on October 29, 1929, a day known forever after as “Black Tuesday,” when the American stock market–which had been roaring steadily upward for almost a decade–crashed, plunging the country into its most severe economic downturn yet. That horrific period of American history, now commonly referred to as “The Great Depression,” was rolled back only after the government of Franklin Delano Roosevelt instituted a series of experimental projects and programs, known collectively as the New Deal.  These government programs took big ideas and transformed them into our nation’s greatest monuments and most resilient icons.  They restored our economy while building an infrastructure that would became very basis for defeating fascism on a global scale and putting our nation on a path to prosperity that would last for generations. Roosevelt’s New Deal restored a measure of dignity and prosperity to many Americans and transformed the federal government’s relationship with the people it served.

More recently, a second such calamity occurred when the “Consumer Age” of the 80s, 90’s and early part of this millennium generated a rapid growth in consumer spending financed principally by an unprecedented increases in household debt. The unprecedented borrowing and increasing debt of American households set the stage for the proliferation of questionable practices in mortgage lending that fueled a bubble in home prices, in turn allowing for even more debt. The bubble that formed inevitably burst when interest rates rose and refinancing stalled, forcing homeowners to sell. As homes flooded the market, home prices fell causing lenders to begin safeguarding against default by cutting off credit. With refinancing curtailed and prices declining, over-extended homeowners began defaulting and the resulting financial panic caused demand for consumption and new houses to collapse.  Thus we have our more recent “Great Recession.”

So, how does this most recent financial calamity differ from the earlier piece of history? The principle difference is how we have responded.  In “The Great Depression” we did not shrink with fear and wallow in defeat.  Instead, we responded by calling upon the better angels of our nature and acted boldly.  We built for our future with vision and purpose.  The government understood that it had a role to play as Servant Leader and it lead.  It helped us look at what was possible over what was wrong.  It helped us focus on a way out of the hole we had gotten ourselves into as opposed to fighting over how deep the hole was or who was to blame… We dreamed big and built bigger.  We did the American thing and through rugged individualism and a collective might, we restored our nation to its rightful place as the shining city on the hill for the whole world to see.  We acted! 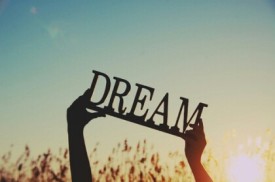 So, what are we to do now?  We’ve dug another hole.  A few have found their way out, but many just don’t have the wherewithal to rise.  It’s time to think big again.  It’s time to build big again.  It is time, not to restore the American Dream that many argue is broken and lost, but to make a new promise and dream a new dream.  It is time for our government to get out of its own way and be the servant leader it has been in times before when times were tough.  It is time to again to restore a measure of dignity and prosperity to Americans and transform the federal government’s relationship with the people it serves.

We need that sort of leadership.  We need that sort of transformation.  We need leadership that believes the government of the people, by the people and for the people still stands and can be first a government of service.  That sort of transformation takes great commitment and even greater resources.  The good news is that we are not alone.  There are hundreds of millions just like us; who will join in this vision.  And when we are awakened, we are the greatest force known to man.  In such numbers, if each of us will do only our part, even a whisper will sound like a might roar!  So, I call upon you to lend your voice to mine… commit your time, your talent and your treasure.  Rise to the call of history and be part of this necessary transformation to go beyond the restoration of the American dream and to have a new dream.  To the new generation; lead!

What I say here may or may not be important...you decide. Read my thoughts and know me. If you like what you see, reach out. If not, move on. View more posts